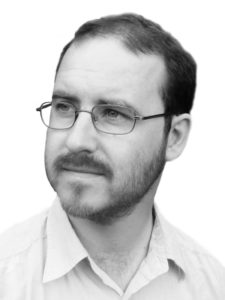 Beginning composition lessons at Birmingham Conservatoire in 2006, Robert studied with Richard Causton and Edwin Roxburgh, graduating in 2010 with first class honours. He was offered an entrance scholarship from the Royal Academy of Music plus grants from the RVW Trust and the AHRC to begin his MMus under Simon Bainbridge, on which he was awarded the 2011 Eric Coates Prize and The G V Turner-Cooke Composition Award. Graduating in 2012 with distinction, Robert was given an additional DipRAM along with The Charles Lucas Memorial Prize for best composition and the Edwin Samuel Dove Prize for special merit during studentship. Other awards from this time include the 2012 Royal Philharmonic Society Composition Prize, the 2012 Alan Horne prize, and more recently the 2016 Priaulx Rainier Prize. Over his time at the RAM Robert has also received much valuable tuition from Christopher Austin, Sir Peter Maxwell Davies, Oliver Knussen and others. He is currently a PhD student at the RAM supervised by Simon Bainbridge, where he continues his research into ‘monochromatic instrumentation’ amongst other things. His music takes on a wide range of influences, stemming from a diverse musical upbringing, where prevalent features often include a directness of character, textural depth, and a sense of thematic unity and direction.

Recent work includes a Violin Concerto for Vesselin Gellev and the LPO (2015-16 LPO Young Composers Scheme), a new Sylva Suite for harpist Alexandra Guiraud, …Luciferum… for Cantabile Girls’ Choir, Two Souls in One – a musical commentary on the lives of Hypatia and Saint Katherine of Alexandria for Hereford Chamber Choir and the RAM Harp Ensemble, as well as organising a performance of his large-scale Symphony for Horns.

Besides composition/research, Robert also teaches piano and composition on a freelance basis, has been involved with composition workshops in schools, and lives in Herefordshire. (June 2019)

Scores/Parts are available from composersedition.com

Who needs a park when you have bales!?

Day after my first moderna jab - felt a bit peaky

Checking in with the locals!

Looking forward to the premiere of my Sylva Suite

Premiere of ‘January’ for ‘cello and organ

Two Souls in One